A sermon for the Twenty Sixth Sunday After Pentecost
Preached at
Trinity Episcopal Church
In Easton, Pennsylvania

Grant, O Lord, to us who struggle with the many challenges of life the spirit of faith and courage, that we may have strength to
meet each day with steadfastness and patience;
not in fear or worry, but in thankful remembrance
of your great goodness, and in the joyful hope of eternal life
with those we love. And this we ask in the Name of
Jesus Christ our Savior. Amen. 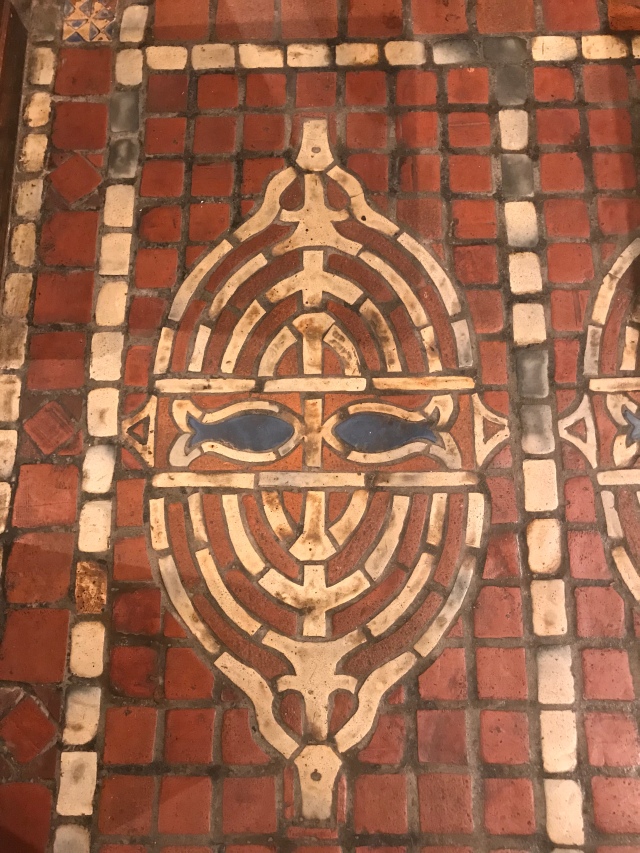 Going up home to live in green pastures

I have a very vivid memory of the first time that I heard this song. I must have been around ten or eleven years old. It was a Sunday morning at Beech Mountain Missionary Baptist Church. It was sung by my great-great Aunt, Vania McGuire and her husband, John Trivette. It had a haunting melody—and I remember, even then, being struck by the power of the lyrics.

Interestingly enough, Uncle John and Aunt Vania were not at all pessimistic people—in fact, I guess that many might have described them as “happy go lucky.” And yet, the song came across as rather sad. It created a kind of visual image. This world is not a good place. We really do not belong here. It is full of troubles and trials. But, there is a better and happier place—a land filled with green pastures. And that is where we are headed. Then too, there was that warning about the voice of the stranger. If we followed it, it would only lead us to despair.

This song seems to capture, for me, the essence of the theology which I learned as a child. And though, Uncle John and Aunt Vania were themselves, positive and upbeat, the theology was not.

I am not surprised by this perspective when I reflect on the lived reality of those mountain farmers. Life was hard! Most of them lived on the edge. Farming was a very risky undertaking. All sorts of things could go wrong. The weather was unpredictable, the work was back-breaking—long and intensive—and then there was not any way to be sure that the crops would sell at a fair price. It was a life often close to poverty. If something unwelcome happened, such as illness or bad weather, one could easily become destitute.

In such a time and place, the one consolation, the one hope was the belief that God loved and cared for each person—that God cared for me. And, there was a promise, that even if it was hard in this troubled word, there would be a better one in which all the pain, grief and worry which we endured here would be replaced with something better.

There is a “fancy term” to describe this kind of literature. That word is “apocalyptic.” When looking for a quick and handy definition, I often turn to the Online Etymology Dictionary. Here is how it defines apocalypse: “revelation, disclosure,” from Church Latin apocalypsis “revelation,” from Greek apokalyptein meaning to “uncover, disclose, reveal,” The Christian end-of-the-world story is part of the revelation in John of Patmos’ book “Apokalypsis” (a title rendered into English as apocalipsis “Apocalypse, and “Revelation.”). The meaning “a cataclysmic event” is a modern perspective derived from the late nineteenth century. Apocalypticism is the “belief in an imminent end of the present world.”

It is quite possible, of course, that you have worshiped, at some point in a church at which someone read from the Book of Revelation, and the Reader referred to is as “The Apocalypse.” But, this literary genre is found, not only as the last book-and ending—of the Christian Scriptures, it is found in the Gospels. It is also found in various places in the Hebrew Scriptures as well.

This is a theme which we will encounter on a more regular basis in the closing weeks of the liturgical year as we begin to move towards the close of this year of grace and towards the complex new beginnings celebrated in the Season of Advent.

The $64,000 question is “Is Apocalyptic literature good or bad? Is it helpful or hurtful? Is it only something for the past? Or, can it be a useful tool for us today—here and now?”

As a child, I was taught that the most destructive attack ever launched on faith had come from the writings and work of Karl Marx. In those cold-war days, most people were convinced that Godless Russian Communists were going to show up almost any day and were going to either slaughter all of us or else confiscate our Bibles. We had heard wild slogans, “Religion is the opiate of the masses.” Now not everyone understood exactly what that was supposed to mean, but it did not sound good.

In this day and era, though, in which so many of our neighbors, friends, and even family members have become addicted to prescribed pain-killers, we have a better sense of what this might mean. There is a horrible sense in that something which was intended to be good—and to cause good has been horribly distorted. As a result, people have become trapped, ensnared, and even enslaved—they are addicted–and are unable to break free unaided.

Sadly, it must be admitted that there is some validity to the claim by the Marxists that faith was intentionally abused to keep slaves, and poor people in subjection. They were told that God wanted them to be docile, obedient and compliant. They might not have a good life now. But, if they were cooperative with the “powers that be,” there would be a better life to come. This “pie in the sky” theology was used to prevent them from “rising up and throwing off the chains that bound them,” as Marx begged them to do.

There is no other way to put it—this was, and whenever it happens now, is a cruel distortion of the Christian message. It was the very antithesis—and the negation of what this kind of literature was supposed to accomplish.

The point of apocalyptic literature was never to predict how the end of the world was going to come about. Rather, it was to give hope to the wounded, hurting, oppressed and marginalized. It was a message of comfort to slaves, to poor people, and to those excluded from power—to women, to foreigners, to migrants, and to lesbians, gays, bisexual and transgender persons. It was a promise that they are never forgotten by God. God loves them totally and unconditionally and is constantly working for their good. Thus, even in their suffering and adversity, they are not alone and abandoned.

The prophets, though, in the past—and in our own day have another way of using this kind of literature. And that is the real value of it to us, here and now. They use apocalyptic literature as a lens, or a photo or a vision of how things could be and should be. They challenge us to prayerfully consider—and to imagine how things might be if they existed as God created them to be and wants them to be.

Jesus was an observant Jew. The Gospels make clear to us that he was no stranger to the Temple. He visited there as often as he was able to do so. He worshiped there. He prayed there. He no doubt had sacrifices offered there. He appears to have preached on or near the Temple grounds and performed miracles in the vicinity of the Temple. In the end, his perceived “attack on the Temple” was the reason that his enemies finally came together to eliminate him.

Jesus had some reservations about the Temple and about the religious leaders of his day. And lest we be quick to assume that he was only critical of the Temple priests, and of the scribes, remember that he did not fare any better with the leaders of the synagogues. After his very first sermon–based on the apocalyptic writings of the Prophet Isaiah–the congregation literally tried to kill him by throwing him off a cliff.

Today, we “overhear” a discussion between Jesus’ disciples about the Temple. They were obviously impressed but the beauty, the grandeur, the majesty and the power of the Temple building. And they were not alone. It was an incredible sight–high on the Temple mount. It was one of those “wonders of the ancient world.” People literally came from the ends of the known world—Rome, Spain, and Africa to see it. The white marble and gold caught and reflected the sunlight and made it glow. It was breath-taking. And for those of the Jewish faith, it was even more special. It was the place where God could be found. It was literally God’s house—God’s footstool. In the inner sanctum—the “holy of holies,” was the very presence of God. Yes, it was an impressive sight.

Now Jesus, does not deny any of that. He too loved the Temple and appreciated its beauty. But, he wanted to help his closest friends see “behind the curtain.” He wanted to make sure that they did not miss the point. He wanted rip away the cataracts which prevented them from seeing all of this from God’s perspective. And he wanted to challenge them to become God’s agents-working for a just and peaceable world.

Sure, the restored Second Temple was beautiful. After all, Herod the Great had invested more than 40 years working on it. But where had the resources for that beautification come from? It had come from oppressive taxes and money literally extorted from others. It came from the fees that everyone—rich and poor had to pay to use the Temple. It came from donations which were given from those who thought they could please God by an offering when the very gift the donated had been stolen or extorted from widows and orphans.

Even worse, the Temple, which was meant to welcome all into God’s loving and inclusive presence excluded the poor and needy. Codes of ritual purity meant that many were not welcome in the Temple. They knew the experience of having the well-dressed and powerful look down on them because of their accent—or because some thought they were dirty, uneducated and smelly. How sad. It literally appeared to Jesus to be the corruption of the best.

So, his words are not intended to be primarily a prophecy of a revolt which the Romans would brutally suppress—and then tear down the Temple so that not even one stone would remain standing on another. Nor were his words about war and famine and pestilence predictions about the “signs” that would herald the coming of the “end times.”

The words our Lord speaks remind us that God does not need a beautiful building in which to be worshiped. Temples and Synagogues, Churches and Mosques were not intended to be God’s home—they are intended to be a home in which all People of Faith gather in peace and love to be nourished and fed. Not just my home, but our home! A home in which all are welcomed, loved and treasured. A home which will never turn anyone away for any reason. Now that really is good news.

Jesus wanted a world in which we find green pastures here and now—and not only in some far distant future heaven. And not only there—but here and now we have that wonderful promise: “Even The Lord will be in our number.”